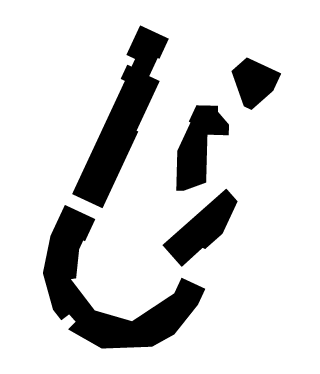 The Orasteig housing project lies on the outskirts of Vienna, on the transition to undeveloped land alongside the Marchfeld canal. As part of the “new settlers’ movement”, this programme aimed to combine single-family housing with density and socially relevant content. Community organisation, which was pursued from the initial planning phase up to a year after moving in, stimulated participation and self-administration within the housing community. As soon as the tenancy agreement had been signed, a residents’ committee and statutes of participation were established. However, extra costs like these always pay off, as residents tend to identify themselves extremely well with their environment and take much more care of it.

Importing single-family quality to a compact settlement structure in the form of 169 different apartments was taken very literally. Many decentralised entrances blur the huge scale, offering several possibilities of access to the apartments. Like a network of naturally-lighted interior walkways, this system of accessibility flows around the dwellings, designed to face as many directions as possible.

Many of these 30 – 130 m² apartments have a markedly unique appearance, resulting in residents’ mutual invitations to visit their dwellings, which, in turn, boosts communication within the residential community. Various community rooms and shared spaces such as allotments, playgrounds and an outdoor cinema also contribute to the activities mentioned above.

Living is more than the sum of activities associated with it. Living is a place where change happens in a resident’s life. Nobody has ever been able to explain to us what neutral space could achieve in that sense, given that it exists. We have never solely thought in terms of function. Here, we have created a unique and stimulating space where mass produced housing is experienced as customised.