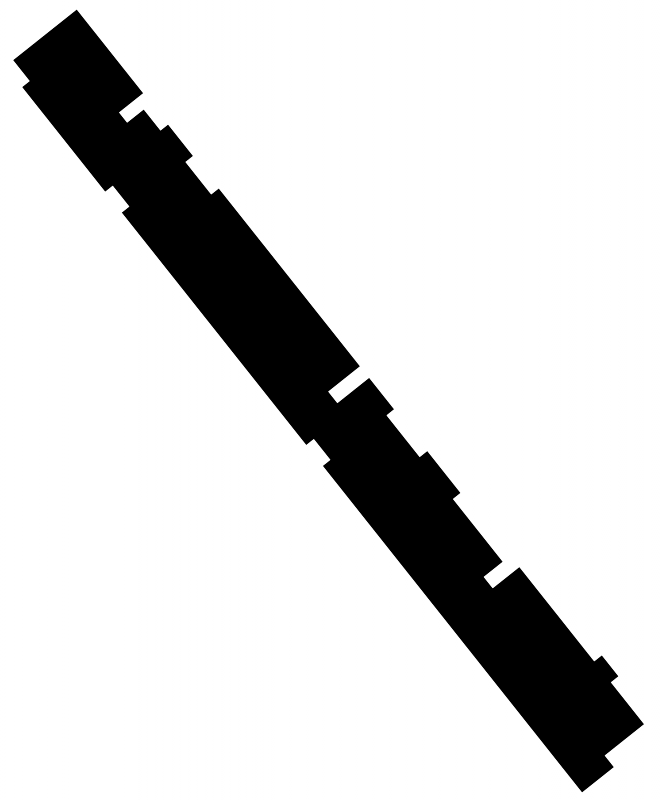 Creating individuality and neighbourhood despite size, and singularity despite standards

The former Northern Railway site is one of Vienna’s most central redensification areas where a quarter is just under construction that is planned to accommodate 20,000 residents and working people. Wohnen am Park was one of the pioneers of this development with a privileged location directly bordering the quarter’s park. It is connected to the centre by the U1 and boasts the nearby Danube Island as a local recreation area.

Here the omnipresent pressure of housing standardisation was playfully mastered. The canon of this building comprises just three basic apartment types: single-aspect apartments facing the park, maisonette apartments with a void facing the Vorgartenstraße, and dual-aspect apartments at the end of each corridor. Following simple grammatical rules, they produce a similar overall façade, yet do not look the same anywhere. Interdependency of joint decisions produces an organismic whole – a well-founded order. If one thing changes, everything has to change. Standards create singularity and build a place’s identity, thus clearly refuting the notion of the neutral.

As a consequence, this principle is also applied to interior accessibility. Basically a simple accessibility system – vertical
staircases connecting central corridors on every floor – still appears varied. Naturally lighted corridors throughout – or rather walkways through the house – always end at the doors of various dual-aspect flats. That means the corridors have different lengths. Voids facing the corridor behind the maisonettes generate vertical connections, often through several floors. Practically representing fire areas, these 22 “air bubbles” divide the large house into easily digestible portions, thus creating more intimate neighbourhoods. Residents leaving the elevator on the wrong floor immediately notice that there is something amiss before even inserting the key into the lock. For the more advanced, interior walkways are readable on the façade. We love to imagine a long-standing resident only just learning to read the house’s exterior while picnicking in the park. Being largely free of built structures, the building’s ground floor opens up the park towards the street – a bold interpretation of the front garden as specified by zoning. The entrance lobbies connect the street and park by means of openings on both sides. The covered area is generally accessible, also providing space for the surrounding neighbourhood to use.

In the same context, a 500m² art project curated by Li Tasser was realised, for which 22 notable artists, some of them newcomers, created works that now stimulate their respective locations. There was a grand opening celebration with artists and residents. In that way, daily contact with art works counteracts this rather uninspired housing environment.